Believe it or not, in the ever-evolving glib professional world, there are many professions that might surprise you if not shock you. I am sure not many have heard of professions like Beverage Dissemination Officer, Chick Sexer, Problem Wrangler, Light-Bender, Twisted Brother etc. You can read about many such job titles at this site. I recall, many years ago a job-applicant at the US Navy entered his current profession as “Splosh-Maker”. Not wanting to sound stupidly ignorant, the recruitment Captain didn’t venture to ask what that was. The man went through all the recruitment procedures but no one asked him what a “Splosh Maker” was because no one wanted to sound foolish and ignorant.

After all routine ground training the man was assigned to a Navy ship. The Commander, on seeing the resume was bemused to see the past job description of this guy. So, he took the risk of venturing to call the man to explain what exactly a Splosh-Maker’s job was. The new recruit explained with all sincerity: “I was jobless for 10 years and used to collect large rocks and spend my time standing on the bridge over the river at my village. Every half hour I would drop a large rock into the river and it would make a gentle sound ‘splosh’, that’s why I call myself splosh-maker”. The Commander stared at the man for a few minutes and just said “Okay, carry on”.

I often say journos are not very bright people. But it appears journalism is now not their main profession at all for some. They have other secret professions. For instance, Sagarika Ghose is an exceptional “Semenologist” who can tell the religion of a man by his semen. She must be running a secret lab where she looks at, smells and tastes semen of all kinds to have acquired such expertise. That’s not all, the C5M can even tell the religion of a man even when the semen is inside a balloon. I think I now understand what Nena’s deeper, secret message was behind that song “99 Red Balloons”. If that wasn’t enough, now we have Barkha Dutt, the ever-whining, victim-playing narcissist complaining about someone sending her a pic of a dick. In doing so, BD let out her real profession that was so far unknown to all of us. She’s not a journo but in reality, a “Genitalyst”. Here’s the tweet she put out (for obvious reasons, I had to edit the image**): 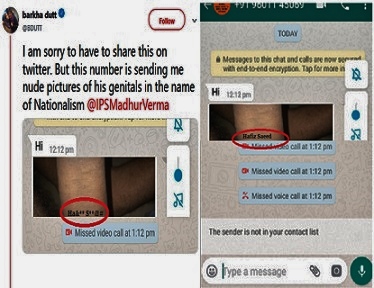 Unbelievable, Barkha Dutt can just look at the image of a dick sent to her and instantly analyse and conclude that it’s a “Nationalistic” genital. So, that’s her secret profession. Although, these pics that I picked up from Twitter had something scribbled on the “member” (like a vehicle registration number). On the left is the pic I saw but was not able to figure out what was scribbled on it. However, putting the image under a “telescope” I discovered that it was a name of the owner of that “Tool” that was printed on it. And if you too take a closer look, I don’t think you would associate that name with being “nationalistic” unless Barkha meant “Pak nationalism”. If ever people are murdered frequently, as in the US or parts of Africa, and their genitals are missing, investigating agencies can now call on Barkha to at least identify if the man was a “nationalist” or a “communist”. That would narrow the job of identification of a “John Doe Genital” that is chopped off from the mainland body of its owner.

And BD has now confused the entire SM. So, far “DP” had a different meaning for us, Barkha has changed the meaning of the abbreviation of DP to “Dick Pic”. And people think she has no influence over SM. To the credit of ModiSarkar, though, it has to be said that the fully-depreciated, redundant abusive journos of the past are finding new professions in which they are finding great success. Sagarika is a “Semenologist”, Barkha is a “Genitalyst”, Shekhar Gupta and Rajdeep Sardesai are “Castalysts” (professionals creating caste-divisions in society). And much of this started with the Pulwama terror attack that martyred 44 of our CRPF Jawans. These India-haters, Army-haters, Hindu-haters and Modi-haters got busy inside of 48 hours to spin the attention away from the tragedy to turn Kashmiri students into “victims” at various places. It was an organised and orchestrated effort from the Paki-pimps in our media and Commie outfits. Here are some samples: 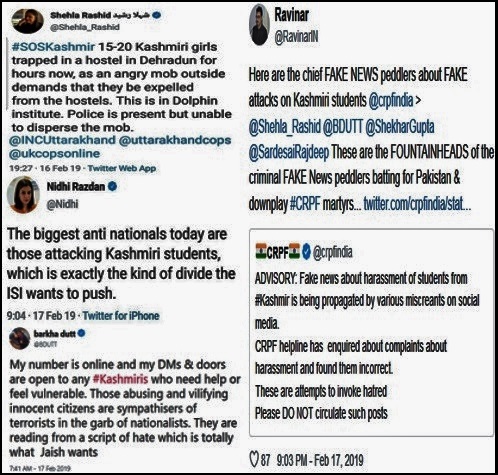 There is already some FIR against that JNU Thugni Shehla Rashid but I’m surprised why other criminal rumour-mongers and hate-mongers are not being prosecuted similarly for their FAKE “Kashmiris under attack” concoction. And do carefully read the tweet by BD at the left-bottom in the pic above. She claims her number is online and her DM is open and invites people to spam her. And then, this absolutely horrible wimp claims her number is being circulated by others and getting her all kinds of threats and messages: 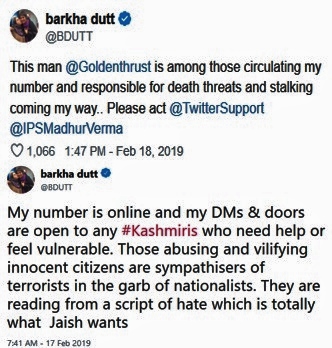 Why would anyone have to circulate her stupid number when BD herself has indicated it’s all over the place and has also opened her DM on Twitter for anyone to message? That’s the kind of moron she is. Dig a hole for others in her fake “Kashmiris attacked” propaganda and then fall into it herself. And those who she claims are attacking her are “Nationalists”. I wonder how many dicks she has seen in her life to able to clearly identify which dicks or messages belong to “Nationalists”. Shameless creature that she is, she tries to cover up her criminal FAKERY over the Kashmiris attacked nonsense with such vile tweets and victimhood. A mentally deranged narcissist. Everyone on earth is now familiar with her stupid games and I had diagnosed way back in 2011 that this whiner has a severe psychological disorder and is a sick “Malignant Narcissist”. 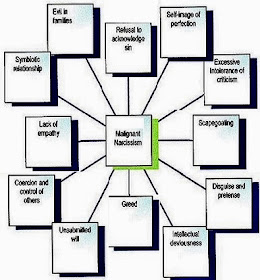 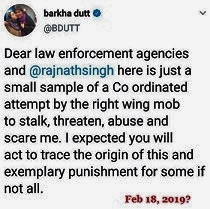 Most people see an unknown number on WA and folks either delete it or block the number. This Sicko Barkha not only opens the message, gleefully sees the Dick Pic and concludes it’s a message representing “Nationalism”. I wonder how many Leftist and Naxal dicks Barkha has seen to have analysed this to be a “Nationalist” dick. And in the image, the genital was circumcised so the chances are likely that the ‘member” belonged to Barkha’s own community. To top it off, BD tweets to HM Rajnath Singh about her crap and wants him to chase some idiot and become a “Dick Hunter” for her. Apart from being hilarious, BD has now degenerated into a state of “Delirium”.

The more these useless, redundant, fully-depreciated journos fail, they degenerate into crass, moronic whiners and play victims of their own device. There are thousands of journos and many may face some genuine problems or threats or sexual abuse in their work-place or at the hands of politicians. What this foolish, hyper-delirious Barkha does is subvert their problems and genuine victims into oblivion with her bogus tantrums. Even in 2016 she claimed to be stalked, abused, receiving death threats and to have filed a FIR:

Nobody knows what happened to that case she refers to or if its another of her grand FAKERIES. Doesn’t matter! Seems BD is as frequently stalked, abused and given death-threats as pigeons dropping their gifts from the sky. Any person with the slightest of common sense would either change phone numbers or block stupid messages but then this idiotic-whiner announces her phone number is online, her DM is open to everyone just for her foolish theatre. Nobody is buying her crap anymore. But the good part is, where BD has failed in journalism, she can delightfully pursue her new profession of being a Genitalyst. There is, after all, some gains she made through her “Dick-whining”.